The morning of our second summer outing in 2019 dawned with driving rain and strong winds. It had been decided that we would go in private cars and, undaunted, everyone set off in their own time bound for The Wise Man Inn in West Stafford, near Dorchester. We enjoyed an excellent lunch and then clutching maps with the warning of “Don’t use your sat nav, it will take you to the wrong entrance” ringing in our ears, we set off in plenty of time to go to Wolfeton House. A few people arrived with no problem, some took a while to extricate themselves from Dorchester, and several cars arrived after a short tour of the county. One poor soul gave up the fight and went home! Driving along a narrow and pitted track, full of deep puddles, we parked and walked through the medieval gatehouse and into the Elizabethan entrance porch.

The present owners, Captain Nigel Thimbleby and his wife Katherine, greeted us warmly and after a short wait for the final members of the group, we set off on the guided tour of this extraordinary house. Captain Thimbleby was an entertaining guide with many anecdotes and stories, perhaps not all of them politically correct, about the history, owners and visitors to Wolfeton over the centuries.

The house has Saxon origins and is Grade 1 listed with the gatehouse being the oldest part. The Romans were here too, evidenced by some finds with a metal detector. Wolfeton is only a mile from Dorchester, a Roman town, so is likely to be the area of a guard post. The Elizabethan parts of the house were much embellished around 1560, with plastered ceilings, magnificent fireplaces and wood paneling and oak work. The Great Hall was re-paneled in 1862 with a new plaster ceiling, and had some early panels of about 1500 around the walls. There was a suit of chain mail hanging over the door. Captain Thimbleby had originally labelled the chain mail suit as 15th C but an expert from the London Armory insisted it was 12th C and may well have gone to the crusades! The long table was laid ready for our tea later, and this gave the room a welcoming atmosphere.

The parlour and dining room were furnished in a homely style, the barrier being a length of hairy string rather than satin ropes, (see the photo above) while the paintings on the wall were beautiful if a little dusty and dirty! These rooms are used by the Thimbleby family and are only heated with the enormous open fires. This is apparently better than central heating as the warmth of the chimneys heats the whole house.

In the dining room (or little eating room as it was called by Captain Thimbleby), there was a small blue porcelain bowl, possibly given to the owners in 1560 by the Archduke Philip of Austria and his Spanish wife Joanna, the daughter and heiress of Ferdinand of Castile and Isabella of Aragon. They had been on the way to claim the throne of Castile, but were caught in a storm and brought from Weymouth to Wolfeton to recover.

There is a link with the Welds of Pylewell in Lymington and the Bankes of Kingston Lacey, all Roman Catholic, and related in various degrees of cousin–hood. The gatehouse holds a small, private family chapel.

Passing the wine store and a stone flag under which there is a tunnel, we climbed the impressive stone staircase dating from around 1580, overlooked by paintings of George III and Queen Charlotte and entered the Great Chamber. This was a huge room, once divided into five small rooms, well lit by large windows with beautiful old original floorboards. It was once paneled and had a barrel-vaulted ceiling, but because these had fallen into such disrepair, the present owners had lined the walls with a bargain lot of hessian and the ceiling was covered in plasterboard. It is used to this day as a ‘party’ room and wonderful for Christmas Carol concerts.

A few paintings were hung there, many of them marked by birds that had got into the room via the ceiling and obviously panicked! One painting was possibly by Van Dyke, or at least one of his assistants. A long story was told about the National Gallery wanting to get hold of this, one of only three known copies. It was a rare double portrait of two sisters, one of whom was about to marry.

Another tale was told of how the floor was rotten in parts so the previous owner had placed copies of Country Life over the dodgy bits and told visitors not to step on the Magazines!

Throughout the house, there were no central electric lights. A few table lamps were dotted about, and we were assured that when they held concerts or carol services in the Great Chamber it looked simply beautiful by candlelight.

Finally our party thoroughly enjoyed a delicious cream tea in the Great Hall before setting off home to Lymington, entranced by the history of Wolfeton House and the racy tales told by its delightful and eccentric owner!

Our destination for the first summer outing of 2019 was suggested to us by our Chairman, Caroline Birch. We liked the idea of Houghton Lodge Gardens, with a tour of the house, so the booking was made with Sophie Busk, the owner of Houghton Lodge. We gathered in Lymington at the appointed place and everyone was there in plenty of time, all but the coach! After some worried phone calls it eventually turned up and we finally arrived at our destination about 30 minutes late.

Sophie greeted us warmly and we were shown into the orangery to enjoy coffee and shortbread before dividing into two groups. One group headed for the gardens and grounds whilst the other group had a most interesting tour of the house.

Houghton Lodge is one of the finest and earliest surviving examples of a cottage ornée, a genre of ‘picturesque’ Gothic architecture that flourished for about 25 years from 1790. Houghton was thought to be designed in 1790 by John Plaw – one of the pioneers of the style – and was probably intended as a fishing lodge. Today the house is Grade II* listed with extensive fine trees and lawns sweeping down to the banks of the River Test. It was fascinating to be taken on a tour of what is obviously a family home, but with so much history. There were intriguing tales of how a visitor had correctly identified the designer as being Naval as the bannisters were carved in a rope pattern, and there was a rivet from the Golden Gate Bridge in San Francisco as a previous family member had worked on the project. The table in the dining room was covered with photos and magazine and newspaper articles about the house and the owner had a horrific tale of the ceiling beams being found to be unsupported at both ends! Whilst renovating the ceiling, the letter A was discovered decorating it, an initial of previous owners. The Chinese painted wallpaper was glorious in the dining room as were the murals in the interesting round room, now sometimes used for weddings and filming.

Lunch was served in the orangery and then the two groups changed places.
The formal walled kitchen garden was beautiful with a glorious mix of fruit trees, flowers and vegetables. We could walk around the water meadows and greet the alpacas and even experience a fire-breathing dragon! The topiary peacock garden was a haven of peace and the views over the River Test were idyllic. Back on the coach, we travelled smoothly home through the countryside around Romsey, pleased to have chosen such a beautiful destination and glad that the weather hadn’t actually been too bad after all.

Dear Members and Friends
Here is a reminder about our outing to Houghton Lodge and Gardens on 19 June.

Houghton Lodge is a Grade II* listed Cottage Orné, surrounded by mature trees and lawns sweeping down to the banks of the famous River Test and is arguably one of the most beautiful privately owned homes and gardens in Hampshire.    https://houghtonlodge.co.uk

There are still some seats available so if you haven’t booked your place yet, then download the attached form and send it to me as soon as possible.

It may sound a little expensive, but remember it includes the coach, coffee and biscuits on arrival, a tour of the house, and a self-guided tour of the beautiful gardens, plus lunch of course.

With just a little sunshine as well, it should be a really lovely day out!
Best wishes
Sue 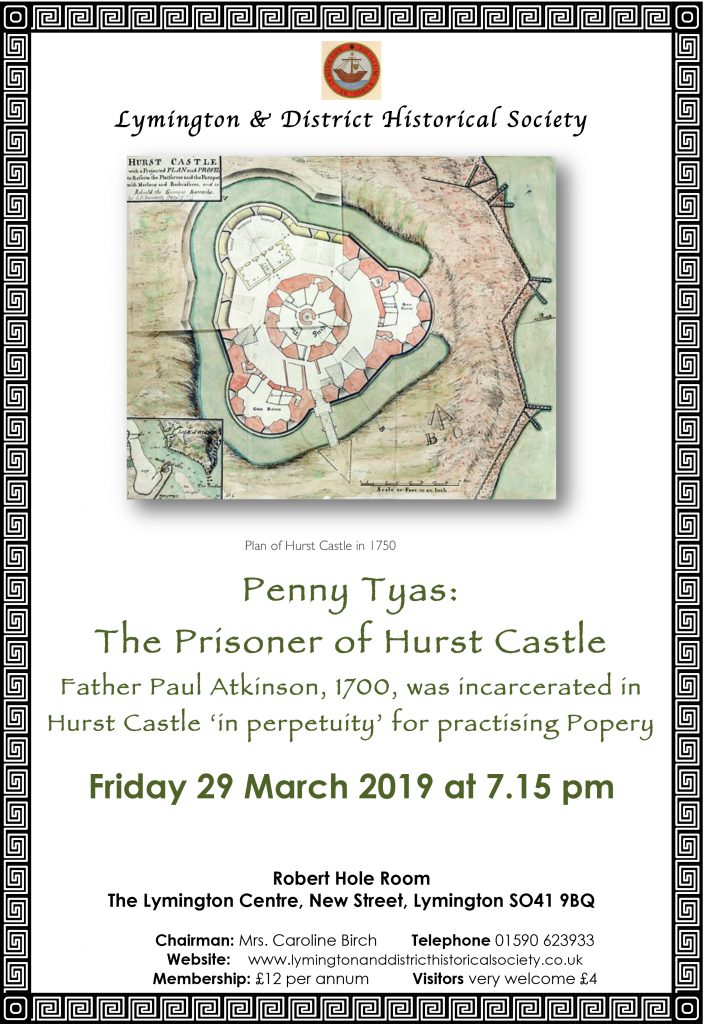 Dear Members and Friends,
Another event you might be interested in.
If you plan to go, please reply to contactus@friendsofsirharry.org
Sue Mayes 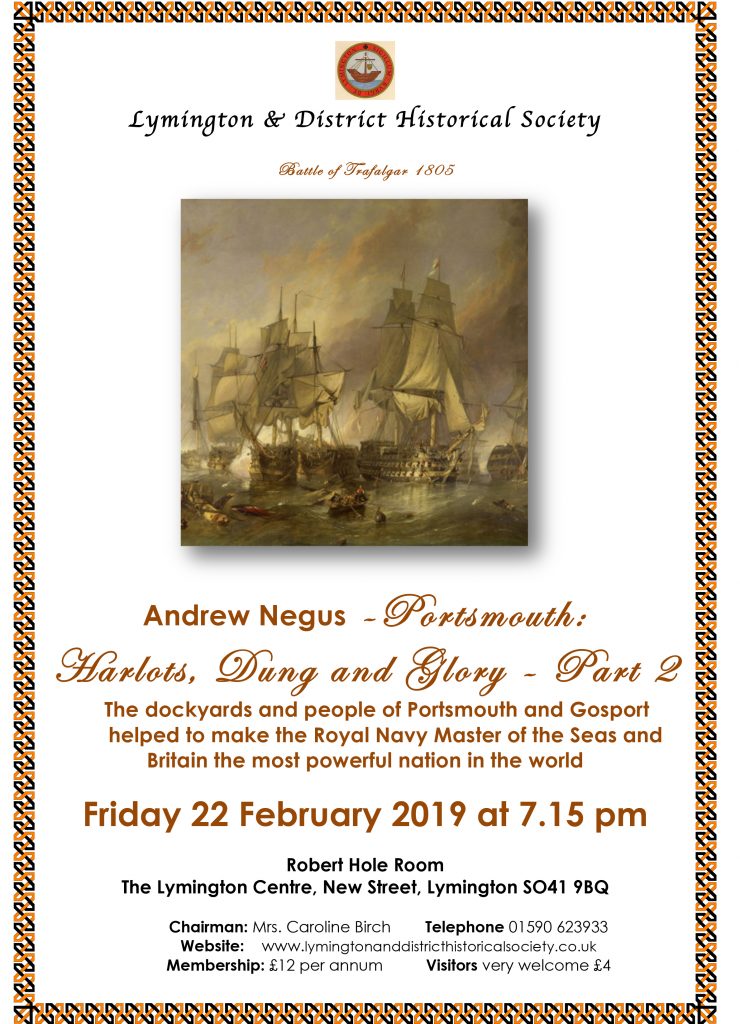